Captain Sandy Yawn revealed that her sister does not like her girlfriend Leah Shafer and ‘never wants to meet her’ on Monday’s episode of Celebrity Call Center.

The 55-year-old super yacht captain relied on her own personal experience while helping out caller Daniel from Lawrence, Massachusetts, who asked for advice on coming out as pansexual to his Dominican and ‘very close-knit religious family’.

The Below Deck Mediterranean star advised Daniel to tell his whole family at their next gathering instead of talking to people individually. 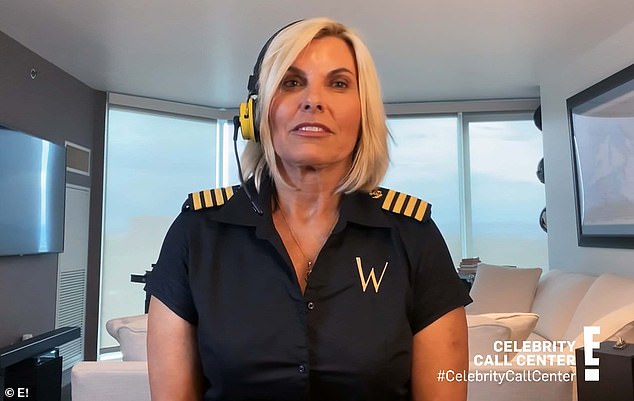 Tough call: Captain Sandy Yawn revealed that her sister has not accepted her girlfriend Leah Shafer on Monday’s episode of Celebrity Call Center