Iran’s paramilitary Revolutionary Guard fired a missile from a helicopter targeting a replica US aircraft carrier in the strategic Strait of Hormuz, state television reported on Tuesday, an exercise aimed at threatening the US amid tensions between Tehran and Washington.

The exercises – dubbed “Prophet Muhammad 14th” – were held near the Strait of Hormuz, a vital shipping lane for a fifth of global oil output.

Footage of the war games broadcast on state television showed the Guard’s air and naval forces readying for an attack off the country’s southwestern coast.

Speedboats skimmed across the water in formation before ground forces fired cannons and a missile was launched from a helicopter, leaving a trail of smoke before appearing to smash into the side of the fake warship.

The Iranian maritime manoeuvre was staged at a time of heightened tensions between Iran and the United States. 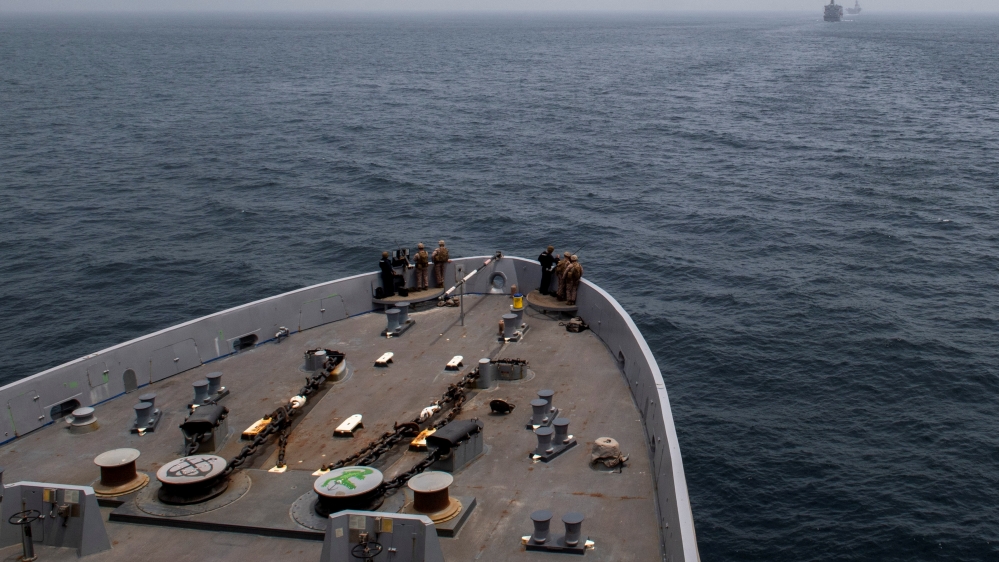 Utah high school sports: All road games for some, fewer fans for others