Mail-in voting did not swell turnout or boost Democrats, study finds | US news

Thousands of refugees slept rough on the Greek island of Lesbos for a second night after a fire razed the country’s largest camp to the ground, sending crowds fleeing but with nowhere to go.

Families slept on roadsides, in supermarket parking lots and in fields across the island, which was at the forefront of the European migrant crisis in 2015-2016.

Tuesday night’s inferno at Moria sent thousands rushing to save their lives, reducing the camp – notorious for its poor living conditions – to a mass of smouldering steel and melted tent tarpaulin.

A second fire broke out on Wednesday night, destroying what little was left. 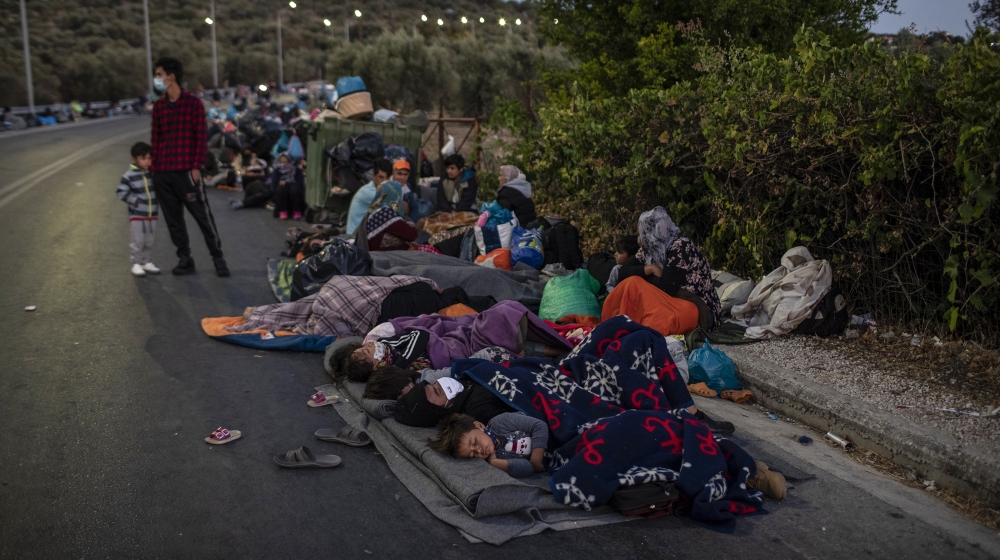 People sleep on the road near the Moria refugee camp on the northeastern island of Lesbos, Greece [Petros Giannakouris/The Associated Press]

Desperate families, many with young children, spent Wednesday night in the open, some without tents or basic bedding. Some of the homeless trekked to the nearest villages for…