WASHINGTON, D.C. — Less than two months from the presidential election, 42% of Americans say they follow news about national politics “very closely,” similar to the 39% to 43% who paid this close attention in each of the prior three presidential election years since 2008. Today’s level is a bit higher than in 2004, when 36% followed national political news very closely. Attention was far lower in 1996, at 27%. 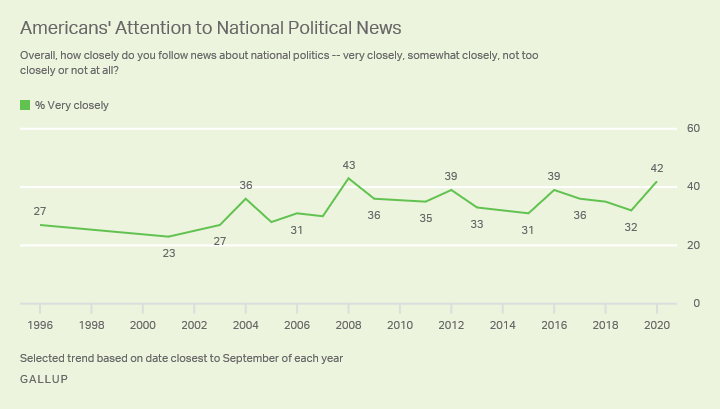 Line graph. Rate of those following news about elections closely typically rises prior to…

Officials outside bureau made decision to speed US census, report finds | US news

Life would be dull without imagination | Entertainment

Fans and celebrities trend #GetWellSoonSPBSIR on Twitter; Wish the singer a speedy recovery