Liftoff — A SpaceX Falcon 9 carrying satellites and two Earth observation spacecraft lifts off at Kennedy Space Center earlier this morning, as seen in this four-minute time exposure from Cocoa Beach. 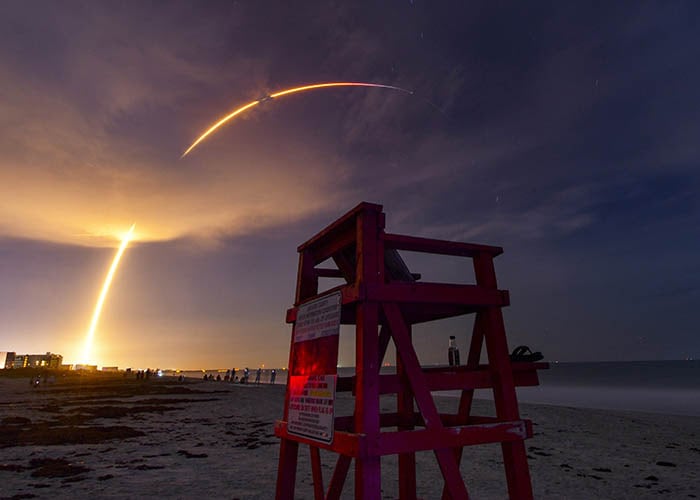 A SpaceX Falcon 9 lifts off rom Pad 39A at Kennedy Space Center early Friday, Aug. 7, 2020, as seen in this four-minute time exposure from Cocoa Beach, Fla. The rocket is carrying 57 Starlink satellites and two Earth observation spacecraft for BlackSky. This the 10th Starlink launch. Photo via Malcolm Denemark/Florida Today via AP.

Corcoran Partners is bringing on Eric Criss as a Senior Advisor in its Tallahassee office.

In his new role, Criss will focus on issues including technology, energy, retail and alcohol policy advocacy on behalf of the firm’s clients.

“I am excited to have Eric join our team,” firm principal Michael Corcoran said. “He has decades of experience advocating for issues of critical importance to our clients and the broad capacity to meet our…

Take A Peek Inside These Celebrity Home Offices